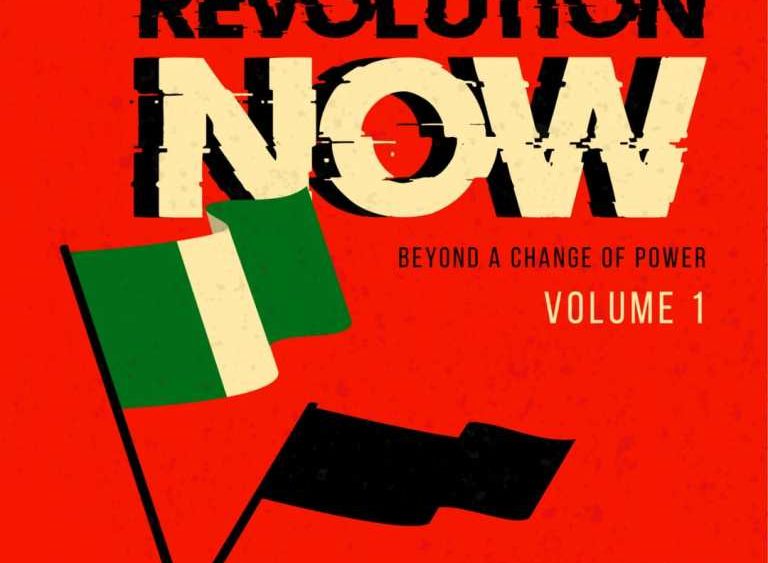 REVOLUTION NOW: Beyond a change of power. Volume 1

Written by Toheeb A. BANKOLE


“Arise O compatriots, Nigeria( Revolution) calls, obey!
To serve our Father’s land with love and strength and faith,
The labour of our heroes’ past shall never be in vain…..”

Isn’t that what our National Anthem proposes? The labour of our heroes’ past is fitting into vanity. Isn’t it fitting into vanity? It is because we’ve failed to defend and demonstrate the truth of effective democracy fought in the past.

On this note i say, ” REVOLUTION NOW! The revolution we talk about isn’t about the change of government, but change of people’s ideologies. The Wikipedia, where sufficient details free of cloud are given has defined the word REVOLUTION as “a fundamental and relatively sudden change in a political power and a political organization which occurs when the population revolts against the government. Typically, due to perceived oppression (political, social and economic) or political incompetence”. From this, one should clearly understand what’s being demonstrated contrary to how it’s being misconstrued today, by the seekers of lies.

However, the Revolution needed in a native and endemic country like Nigeria is beyond the change of power. We need to reform and rethink our ideas to make the word ” REVOLUTION exist. Certainly, it is both a politically centered revolution and an attitudinally centred revolution. LEADERSHIP is not just about who leads, but it is more about who follows. Every good leader needs good followers to ratify the term “LEADERSHIP.” The Nigerian government has woefully and unapologetically failed and keep failing. What news agencies keep bringing are atomic bomb headlines, which make conscious citizens perceive Nigeria as “a failed country.” It seems like nothing is working and this keeps inciting violent reactions from the citizens. I read a tweet which states, that; “the dream of all Nigerians is a life outside the country”- this signals how shattered and flawed the system is. Isn’t it a monumental tragedy that children within the age range of 5 – 10 are aware of how devitalized the country is? Let’s ask ourselves, is changing of governments adequate to guarantee the Nigeria of our dream? Let’s keep the answer balling in our respective minds.

The kind of revolution we seek revolves around different aspect of life. Which are: Political,Religious, Educational,Industrial, Cultural/social and Attitudinal revolution. If all these areas are being reformed, the realization of our dream about Nigeria is guaranteed.

It is pertinent to discuss the aforementioned forms of revolutions which one of it shall be discussed in this volumes;
Political revolution; it is perhaps the most popular one. Many activists have been fighting, fervently, for this course from the yore days of military to democracy. Many had lost their lives to the struggle for the freedom of the people, yet, the dream is far from being accomplished. Political revolution has been a crown discourse in Nigeria today since its revival by the vibrant activist; Mr Omoyele, Sowore.We’ve had indefinite large number of people talking about this ideology. But, Sowore, differently decided to take the lead, there by touch lighting the inadequacies and inefficiencies of the government and extending deeper awareness about it. This made him a target and an headache to the current administration. For we that want a change, Political revolution is a good way to start and all that it talks about are not to be disregarded.