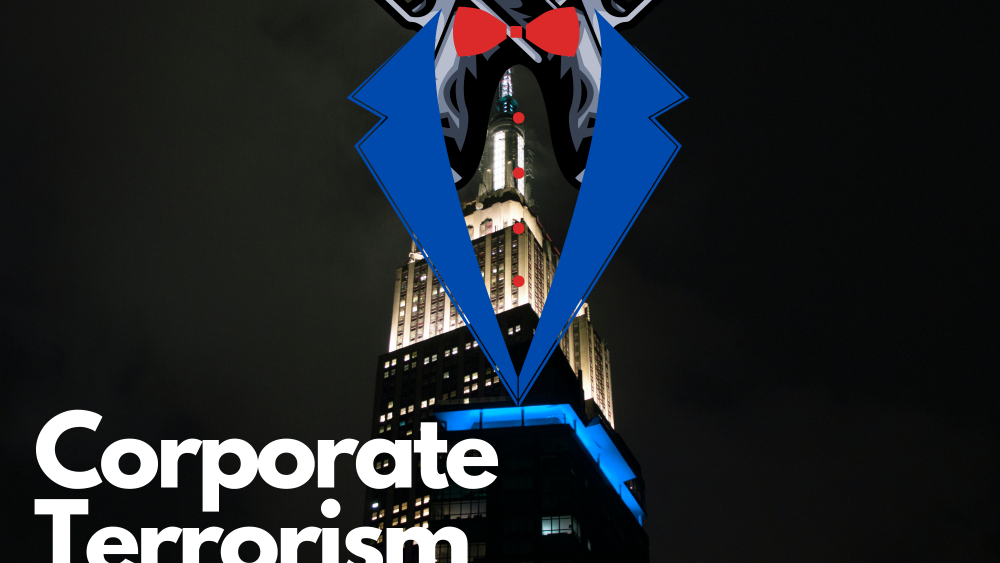 Corporate Terrorism And The State As Its Partner In Crime

The emergence of primitive accumulation has left the world in a deteriorating state of enigma. The few men that stepped out of their families, clans, communities, kingdoms, city-states, empires, and countries for the expansion of private property continue to wage a war against the interests of all. This tiny class of people have lorded over human and natural resources as if it is their birth right to control and confine the world. We’ve seen from different epochs how the interests of this class have plundered the genuineness of the creation of commodities, from providing human needs to money making mechanisms.

Extended family labour resources and domestication of animals created uneven surpluses. Communal land that wasn’t in use was bought by the few rich people to expand their commodity production. Feudalism solidified the commodity market. For instance, a feudal lord who is into wool production would minimize the amount of land for human occupation, as using the land for sheep increases commodity production and ultimately generates more money. When land was completely collapsed for communal use, humans had to sell their labour for survival.

The late 18th to 19th century brought about an industrial revolution which gave rise to a massive commodity market. European factory owners desperately needed enormous volumes of raw materials for commodity production. The search for more raw materials changed the social formation of the world and brought about inhumane and systemic violence. History has shown us how the capitalist class of Europe unleashed violence to expand their commodity market. African were taken as slaves, Red Indians in the Americas were killed in barbaric manner and in Asia, as with other continents, the Europeans put people under labour degradation and dispossession from their land.

The emerging bourgeoisie class used the mass revolutions across Europe against feudal lords to change the structure of the state to protect their own interests. Through the legitimized and monopolized violence of the state, they supported a bourgeois democracy that is not democratic to the will of the people. The emergence of states in the colonies of the Europeans was to further protect the interest of private property. For example, leading up to the American revolution in 1776, the British political class realized they were losing control to the local emerging bourgeois class. The British political class, influenced by the growing abolitionist movement, understood the abolishment of slavery would weaken the economic base for the American bourgeois due to their reliance on slave labour for commodity production while Britain had moved to the industrial stage of production. American bourgeoisie, like George Washington and his friends, created an army to fight against British domination and also to counter increasing laws against slavery. . After the Americans won the war against Britain, George Washington (one of the biggest enslavers in the country) became America’s first president and helped build a state structure that protected the bourgeoisie class to the detriment especially of enslaved Africans.

It was hypocritical of the British government to want to abolish slavery in America for political reasons but to give autonomy to British companies like the Royal Niger Company to use slave labour in Nigeria. In addition, they also gave them the authority to act as an administrative government, which vested them the power to create the police and army force used to unleash violence against any natives that went against their interest. All over the world, the capitalist class has upheld political leaders that protect their interests and those that go against them are either assassinated or overthrown through coups. In any country that widely practices capitalism, the state is structured to stand as a block to protect the exploitative relationship of the bourgeois over the proletariats. Capitalism has changed the social relationship in our homes and our workplaces It has wrongly changed how gender is perceived and is even endangering our ability to live on our planet. The interests of the tiny bourgeois class have to be crushed for the people’s will to prevail towards socialism. The people have to centralize the use of the state for the interest of all and revitalize commodity production for human needs and away from the syndrome of profits accumulation.