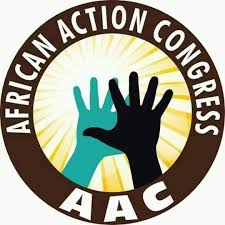 With deep sense of, Lagos AAC condoles with the victims and people of Abule Ado in Amuwo Odofin Local Government over the explosions that have killed people and has destroyed properties. This tragedy is yet another in the dark history of our people. The gas-cause leaves much to behold as the remnants and influence of the attack shows more of a bomb effect. And this brings to the fore why we need a system that will put peoples’ lives more before profit whether privately and publicly.

Lagos AAC believes that what we need to focus now is to understand where the rains started to beat us as well as what should be done to prevent these disasters. But in the immediate, we disagree completely with the approach of the Jide Sanwoolu-led state government on the aftermath of the Abule Ado tragedy.

The Lagos state government has continued its usual charades of snapping pictures to show President Buhari and filming same for public consumption. Can’t the Lagos government have a much more digital way of exhibiting the whole scenery? Then why can’t the Federal ministry of Humanitarian Services be brought in to collaborate? Then how could a multi-trillion naira state like Lagos degenerate to the extent of setting up fundraising of #2billion? A serious government doesn’t need such launching to intervene concretely!

Lagos AAC demands that the #2billion should be immediately coughed out of the surplus government purse, rather than hoodwinking the unsuspecting and poverty stricken public into fundraising for what should be an exclusive responsibility of the very rich Lagos State government. We also call for a robust, democratic and genuine rebuilding immediately. We also want to warn that this disaster should not be doubled with systemic land grabbing as government and its cronies are used to doing overtime. Cock and bull stories of “Lagos Master Plan” and all that land grabbing preliminaries should never come up in this case!

Finally, we posit that Nigerians need to start preparing for a total overhauling that would drastically reduce to the barest minimum preventable hazards as that of Abule ado. This system of greed and power would always cause more and consistent havoc if we do not end it alongside its actors and actresses. This can be done when we all unite in action to take it back through #RevolutionNow!

Another Lagos and Nigeria without endless tragedies is very possible!!